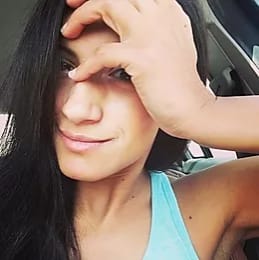 Excerpt:
Thinking back when I was in the midst of things, I didn’t just have ONE thing that doctors could pinpoint and diagnose, hence the delay. Indicators kept accumulating into a big pile of horrendously, painful symptoms that came together to make up GPA vasculitis.

The good? It finally had a name: Wegeners Granulomatosis, a rare type of Vasculitis.

The bad? It was all happening so fast we couldn’t quite grasp what was happening.

The ugly? I was dying.

What began as a toothache early one morning ended in the hospital with me fighting for my life just six weeks later. When I say “ended” well, let’s say that it was the beginning of the end. And by end, I mean the end of life as I knew it.

I was a healthy 19-year-old. I would go as far as to say that I was in peak health thanks to months of training in preparation for my dream career in the military at the time. The ache l woke up with on the right cheek turned out to be a nasty sinus infection. After a quick visit to the clinic, I was prescribed a course of antibiotics and continued the best I could with training. Life was good.

Fast forward two weeks and the situation hadn’t improved. After visiting the doctor once again, I was transferred to the ENT team at the local specialist hospital, and after a quick consultation, I was admitted. I spent five days in the ward with IV antibiotics, and as soon as the course was done, I was sent home.

Life, at this point, was still good.

Another two weeks flew by, and at this stage, things had begun to get tough. Lack of sleep due to pain had me feeling lost and confused. I was weak and could hardly walk straight. Back to the doctor we went and I was told that they would need to operate. My sinuses were so severely inflamed that breathing through my nose had completely seized. I had begun to struggle with day-to-day life.

But, as I saw it, and I’m sure you’ve guessed it, life was still good.

This was just a small bump on the road. They could fix me, and in no time, I would be back to my old self. I mean, that’s what doctors do, right? They fix you?

I was operated on the following day. Laying flat, still half-drunk from the anesthesia, and feeling the most intense discomfort and pain, I was wheeled back into the ward and became a little confused to see that I had been placed in a private room instead of the communal bay I had expected to be in. Things quickly changed when through the haze, I saw my sweet mum, standing there with a shocked and surprised look on her face. Within seconds the rawness of the reality struck her and, instinctively (to not stress me any further), she ran out of the room as she burst into tears. I know she tried to contain it. I know she probably fought with every cell in her body to keep it under control, but the surprise of it all came down on her like a ton of bricks. My poor mum. To this day, I still remember the sorrow in her eyes.

Just minutes later, she was back, holding my hand and stroking my hair, telling me that everything would be ok while at the same time asking the nurses what on earth had happened to me. She was unable to get over the shock of it all.

According to my mum, I looked like I had just finished ten rounds with Mike Tyson. The inflammation in my sinuses was far worse than they anticipated, and the surgeons had to butcher their way up my nose to try and fix things. I had two black eyes, my nose was packed full with gauze that went up a couple of inches deep, my entire face was swollen, and I wasn’t able to speak. All I could do was moan and groan in pain.

This operation, as we would find out much later, turned out to be completely unnecessary.  Now, bearing in mind that at this point, the only thing I had been diagnosed with was chronic sinusitis, they did what they believed was the best thing at the time.

There is much more to this procedure that, without exaggeration, will haunt me for the rest of my life, but that will have to be a story for another day.

Days later, despite not yet noticing any significant improvements, I was discharged and sent home with a continued course of antibiotics. I was told that with each day that passed, I would begin to see improvements. I believed I would get over this and live happily ever after. Finally, things started improving. The doctors had sorted it all out. I was going to be ok.

Life wasn’t good, but it would begin to be alright again.

It’s not often that I allow myself to think back to those times. Over the years, I have learned to block a lot of it out. Most of the smaller details have escaped me but the one thing that still feels fresh, and probably always will do, is remembering how it made me feel. The thing is, up until this point, I still believed I had a good handle on life. I have always had a high pain tolerance and knew that soon it would all be over, and I would get back to my career. Back to training. Back to my old self. Sadly, I was wrong. I was very wrong.

What happened over the next couple of weeks, I wouldn’t wish on my worst enemy. I began wishing time away. I believed that with each hour that passed by, I would be closer to recovery. Instead, with each hour that passed by, I was deteriorating. I became a prisoner in my own home. Barely able to navigate between rooms, I had to be helped each day from the bed to the couch. I went through boxes and boxes of tissues as my nose discharged what felt like gallons of thick, dark brown mucous—leftover blood clots from the operation, perhaps? But why was it not stopping? We joked about buying shares with Kleenex as we believed we had become their biggest customer!

Sleep deprivation is torture. I had reached a point where I was only able to have short power naps every few hours. The nights were long and lonely. I found a way to escape the immense discomfort I was in was by sitting in the fetal position under a hot shower for intervals of 20 minutes. The rest of the time, I would remain slumped on the bathroom floor, begging God for enough relief just to be able to sleep. I cried. I howled. I despaired.

For the first time in my life, I began wishing for death.

My weight had plummeted as I had been unable to eat much at all. I couldn’t stand to bite into anything hard. I remember seeing an advert on TV where a lady was biting into an apple, and I couldn’t understand what that felt like. I was losing comprehension of daily life. To add to the fun, I developed a deep cough and soon realised that blood was present. My chest hurt, and soon I was unable to take deep breaths. Sharp stabbing pains crippled me each time I inhaled, so my brain quickly adapted by ensuring that my body only took very short and shallow breathing. In the middle of the night, while having a coughing fit, an ambulance was called, and I was rushed to the nearest hospital. After receiving pain relief, I was sent home. They didn’t quite know what to do with me, so they just treated the symptoms and let me be on my way. I was losing hope.

The following day we made an appointment to see our family doctor. As I sat in the waiting room, I looked around, confused. I had no recollection of how I had gotten there. As we sat in front of him, I remember his calmness. He spoke so gently, not ever raising his voice, but a sense of urgency soon became apparent. He begged us to go to the nearest A&E department, but at this point, I had given up. All I wanted to do was go home and shut down. I chose to ignore his request. Don’t ask me why! I guess I was convinced that no one was capable of helping me, so why continue to bother?

Later that night, whilst lying in bed, panic consumed me, and I began to cry uncontrollably. I remember saying over and over again to my partner that I was done. I couldn’t take it anymore. I was done. And boy did I mean it. It was at this point that he had also had enough and carried me to the car and rushed me to the hospital.

Upon arriving, I could hardly speak. Paul had the long task of relaying everything that had happened over the past few weeks to the triage doctors. I was sent for a chest x-ray where standing up straight for those few seconds has been up to now one of the toughest things I have ever had to endure physically. The radiographer looked confused, apologized, and asked me to repeat it once again. At this point, after barely being able to hold onto the x-ray machine I was hugging, my body had had enough, and I fell to the ground, completely lifeless.

I remember only two things after that x-ray room. Waking up laying on a gurney to a glimpse of a random older man in a suit telling me that he believed he knew what I had and a panicked young nurse shouting to her colleague that my oxygen saturation levels were dropping. It turns out these two things happened a day apart, but I had slipped away and was barely conscious.

I wish I could say that this was the end of it. That once they finally diagnosed me with GPA that everything was going to be ok magically, but as I mentioned earlier, it turns out this was barely the beginning of the end of life as I knew it. 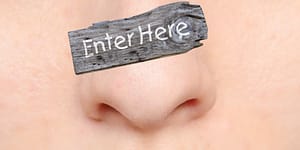 Use nasal lavage to remove your body’s COVID welcome mat 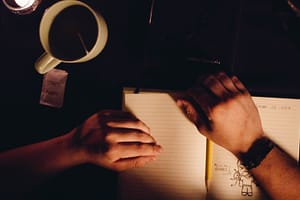 “For me, there have been times when the act of writing has been an act of faith, a spit in the eye of despair. Writing is not life, but I think that sometimes it can be a way back to life,” — Stephen King, American author, about his recovery from severe injuries suffered when hit by a van. 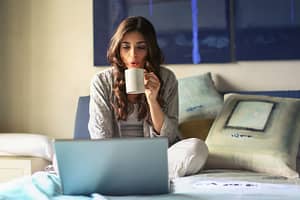 From now on, I hope to share with you the positive I have taken away from this illness. I want to show there can be life after vasculitis. It may not be perfect, but hey, at least we’re still here to live it! 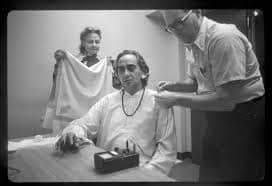 My Iowan mother often challenged me as I arrived home from school with, “what did you learn today?” Meeting Swami Rama that September night in 1970, taught me that the mechanics of our bodies can be controlled by the thoughts of our minds.